The laboratory will present a new development on April 21 at The Developer’s Conference in Florianópolis: the LITE Maker Tour, which mixes education, programming teaching and games in a single environment. The event will take place in CentroSul, Av. Governador Gustavo Richard, and is aimed at people of all ages.

The LITE Maker Tour will take to the TDC a five-step roadmap, which will present the projects developed at the Laboratory of Technological Innovation in Education. The tour stages are comprised of RoPE, a programming toy that teaches basic concepts of math and programming for children; the Portugol, a programming tool in Portuguese aimed at beginners; Block Programming with Physical Media, which allows the interaction of computer programs with real world elements; Introduction to Block Programming, which teaches how to create games in a simple way as if they were LEGO pieces; and LITE’s Mini Games, which features toys that involve engineering and electronics.

With the script of presentations and workshops that will take place in the LITE Maker Tour, the public can learn about computer programming, how to create their first game or animation using block programming, build their own digital band with real world elements and know simple and powerful programming. The investment is R$ 75.00. 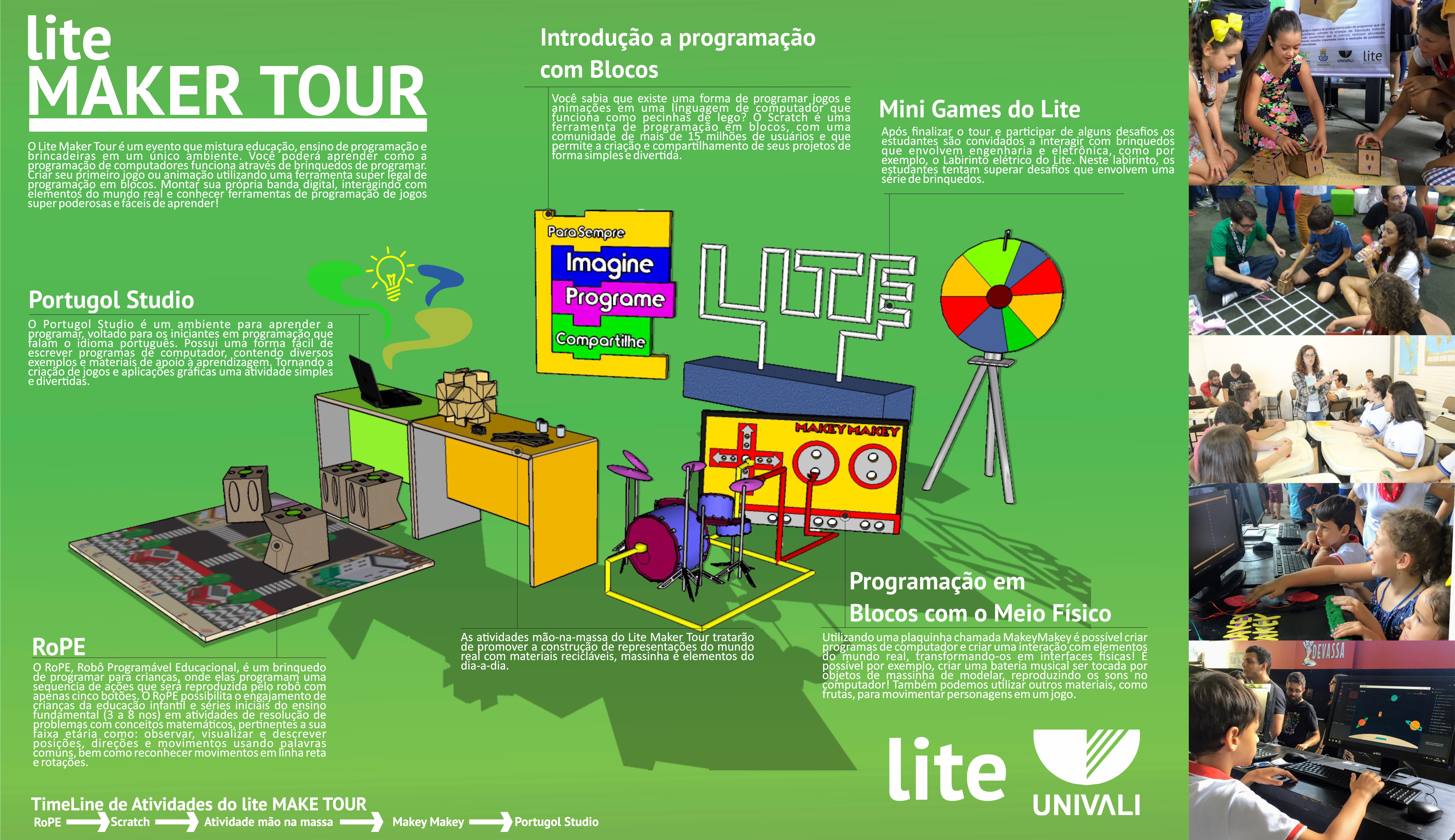 The Developer’s Conference had its first edition in 2008 and aims to bring professionals from different areas of IT together and share knowledge. The LITE Maker Tour will be part of the TDC4Kids space at this year’s edition of Florianópolis, which will take place from April 18 to 21, from 9:00 AM to 7:00 PM. Entries are open.

For more details about the LITE Maker Tour, or even about the event, you can access the link http://www.thedevelopersconference.com.br/tdc/2018/florianopolis/tdc4kids.