With our projects There’s Idea in the Network, RoPE and Portugol, LITE was feature in education on NASA Science Days, that happened on march 3 and 4, in Balneário Camboriú, Brazil. Many children were delighted with LITE’s booth attractions, as the maker culture attracted attention of adults. There’s Idea in The Network was the main project on the first day, and count with the winners teams of 2017 edition. On the second day, RoPE was the featured project.

The LITE booth provided the visitors with the attractions related to the projects developed in the laboratory. Through Portugol, a tool for beginners in programming, the laboratory researchers developed a touch-controlled game, which people have fun in a kind of table tennis just touching on buttons made of clay. The RoPE was placed on the floor with a rug, where it became an obligatory stop for the children in the booth.

The project There’s Idea in the Network, which was only on the first day, had the participation of the teams SustentaTec and De Bem com a Vida, winners of the 2017 edition. It was the six students and two teachers who presented all the projects developed by them, during the second edition of There’s Idea in the Network. “For the students of the Municipal Network of Teaching of Itajaí was a singular moment, which they could experience new possibilities of knowledge and innovation and also being motivated for a better and promising future.”, says the teacher, Edizael Adriana da Rosa, instructor of the two winning teams of There’s Idea in the Network. “I believe that this incentive can be determinant for the student to succeed in any discipline, recognizing the abilities of each one”, concludes.

Hundreds of people passed through the laboratory booth during the event and in general had a great deal of interaction with all the projects presented, providing new experiences for the visiting public. Check out the image gallery:

Check out the image gallery: 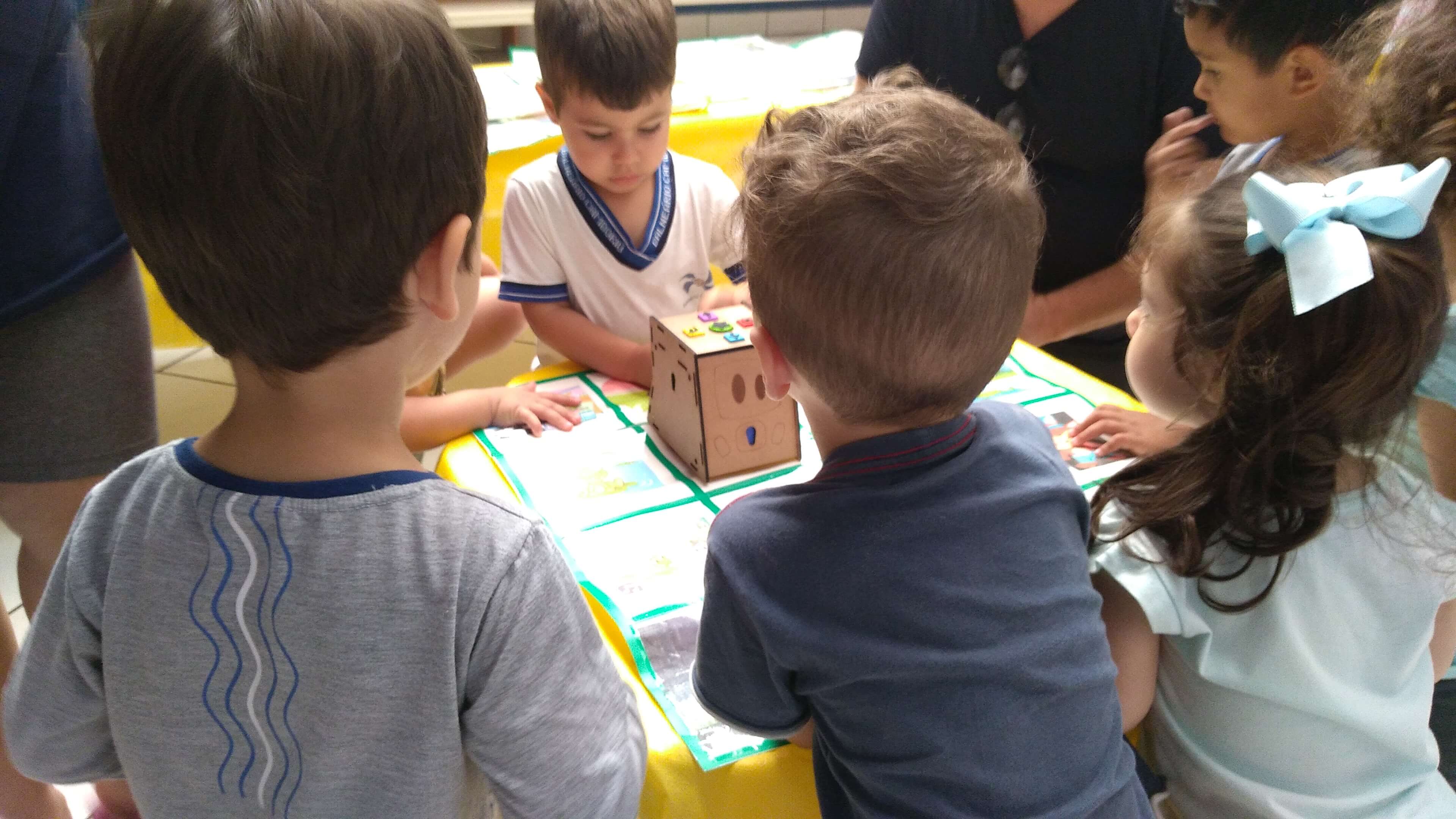